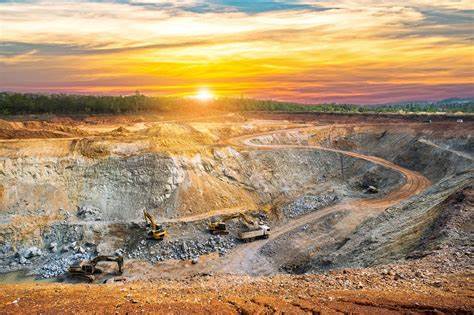 REDPATH AUSTRALIA TO DEVELOP DARLOT GOLD MINE IN WESTERN AUSTRALIA

Redpath Australia has been awarded a 12 month contract by Red 5 at the Darlot gold mine in Western Australia. They will be working alongside Red 5’s own teams creating new mine areas including Middle Waters South, Pederson, Thompson and Burswood.

Included in these works is 3 kms rapid underground mine development which commenced at the beginning of October.

The Australian Mining Review has reported the following regarding this contract:-

The Darlot mine plan and King of the Hills (KOTH) processing hub strategy came in response to a plant capacity study in August which confirmed the KOTH plant can process up to 4.7 million tonnes per annum.

Red 5 managing director Mark Williams said in August that this would transform the main function of the Darlot gold mine.

“Darlot has until now served as a central processing facility under our ‘Truck-to-Darlot’ strategy but, with the impending completion of the new state-of-the-art KOTH processing plant and its substantial latent capacity, we have a unique opportunity to treat other ore sources over and above those proposed in the KOTH mine plan,” Williams said.

Darlot has a mineral resource of 1.2 million ounces of gold and the development of new mines by Redpath could uncover even deeper resources than first realised.

Redpath may be presented with the option to extend the 12-month contract at six-month intervals and the contract will be funded by ongoing operations at Darlot.

Red 5 is expecting first gold at KOTH by mid-2022 in a build-up to production which was recently highlighted by a visit from Mines and Petroleum Minister Bill Johnston.

Mine Site Construction Services (MSCS) has been awarded a 7 year mining services contract from Strandline Resources at the Coburn mineral sands project in Western Australia.
This contract will see MSCS mine remove overburden, mine 23 million tonnes of ore annually, provide pit backfill, land recontouring and other mine-related earthworks.
MSCS has 40 years of experience behind the company (coming from 3 generations of family ownership) and covering mining services as well as earthmoving, quarrying, infrastructure, civil engineering.
The Australian Mining Review has reported:-
MSCS’ specific experience in bulk materials handling and mining, including large dozer push operations in mining sands applications, leaves it well placed to meet Strandline’s requirements at Coburn.
MSCS will soon mobilise for mine establishment and pre-strip activities before Strandline aims for first production of heavy mineral concentrate in the final quarter of 2022.
The contract also included conditions to enhance the operation’s environmental and social governance (ESG) by managing strong Indigenous relations and emissions reduction initiatives.
The contract followed a final investment decision by Strandline in May, supporting a DFS which indicated a 22.5 year mine life and a throughput of 23.4 million tonnes per annum.
This DFS was accompanied by a scoping study which discussed the potential to extend the mine life to 37.5 years (out to 2060).