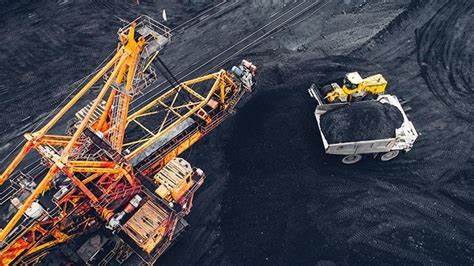 The Australian Mining Review has reported – Vitrinite has received approval for its Vulcan mine complex, paving the way for the development of a $160 million metallurgical coal mine in Queensland’s Bowen Basin.

The lease will unlock the first four years of an expected 15-years-plus mine life, opening the door for more than 150 full-time jobs whilst delivering a major economic boost to the region.

“Having the Vulcan mining lease approved for Vitrinite is a huge milestone for our company,” Vitrinite founder and managing director Nick Williams said of the approval.

“Going from a greenfield to a producing mine is a huge feat for any company and to do it in the time we’ve done it is an amazing feat and we’re very excited.”

Williams was buoyed by the opportunities that will come of the Vulcan mine once it begins producing two millions tonnes per annum.

“The Vitrinite family are looking forward to supplying 150 jobs to the local people,” he said. “We’re also excited about providing opportunities for local businesses.”

With the sustainability of producing coal always in question, Williams said Vitrinite is conscious of the role it needs to play to maintain the environment.

“We take our environmental responsibilities very seriously. We are adopting world-class, innovative technologies to progressively rehabilitate our pit beyond our statutory requirements.”

“Queensland is widely regarded as having the strictest environmental regulations in the world, which our industry is fully committed to complying with, along with our determination to lower carbon emissions and implement sustainable mining practices,” Macfarlane said.

“The Vulcan complex mine project is also the first resources project in Queensland to have its progressive rehabilitation and closure plan (PRCP) approved under new legislation introduced in 2019.

“A PRCP commits mine operators to progressively rehabilitating land while the mine is operating and returning the land to its pre-mining use at the end of the project, which in this case is low-intensity cattle grazing.”